WHAT IS A VITAMIN WITHOUT OTHER NUTRIENTS?


By analogy, we can speak of a human heart and its function, but we must never forget that a heart is only as good as the rest of the body’s organs, tissues and nerve impulses. A heart by itself is not a living entity—it must have the rest of the body to be meaningful, functional and valuable. By the same notion, as shall be repeated perhaps too often in this book, a vitamin never exists alone (in isolation) in a food, but rather alongside of, and interwoven with, other nutrients and substances that all work together to support our cells. Doctors and patients alike tend to ignore the fact that there are many, many other nutrients, substances and properties within foods that are just as important as vitamins, and that help vitamins woik. Metaphorically speaking, a roof is very important for keeping out the rain and no other structure accomplishes this unique task, but we have to admit that the roof could not function without walls and a foundation. Without other food substances, then, vitamins are just chemicals, like drugs. And we cannot live on isolated vitamins without the other food properties our cells need to keep us in a state of health, balance and vitality. A vitamin is defined as “a general term for a number of unrelated organic [containing carbon and come from living materials such as plants and animals; or that were once living] substances that occur in many foods in smal amounts and that are necessary in trace amounts for the normal metabolic functioning of the body. They may be water-soluble or fat soluble.**5 That’s the medical textbook definition. 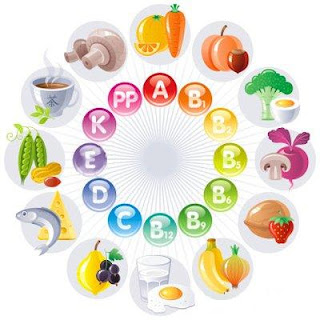 Now in plain English. A vitamin i a part of a food that never exists alone—by itself (in isolation)—but rathe within a food, and in small amounts, to help the body’s cells work in health and vitality. There is no such thing as a vitamin tree or a vitamin bush or ; vitamin berry, because vitamins are not foods; they are onhparts of foods and they, according to medical books, are not meant to be consumed in large quantities in the diet; they do not occur in “megadose” quantitie: within any of Nature’s foods. Vitamins are “substances which, in small amounts, are necessary to sustain life. They must be obtained from food a: they are either not made in the body at all, or are not made in sufficient quantities for growth, vitality and well-being. Lack of a particular vitamir or mineral can lead to incomplete metabolism, fatigue and other health problems; and in severe cases, to deficiency disease. 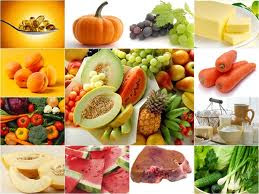 WHAT IS A VITAMIN WITHOUT OTHER NUTRIENTS?

Much has been written about what a vitamin IS, but not much has been said about vitamins that still exist within the context of the entire food wherein they are found Therefore, people are more apt to speak about vitamins as isolated, independent, individual chemicals rather than (and more importantly) how vitamins interact and interrelate with other substances found alongside them within the whole food complex. Read more